Donald Trump abruptly left the White House briefing room on Tuesday after a reporter called him out for defending a quack doctor. 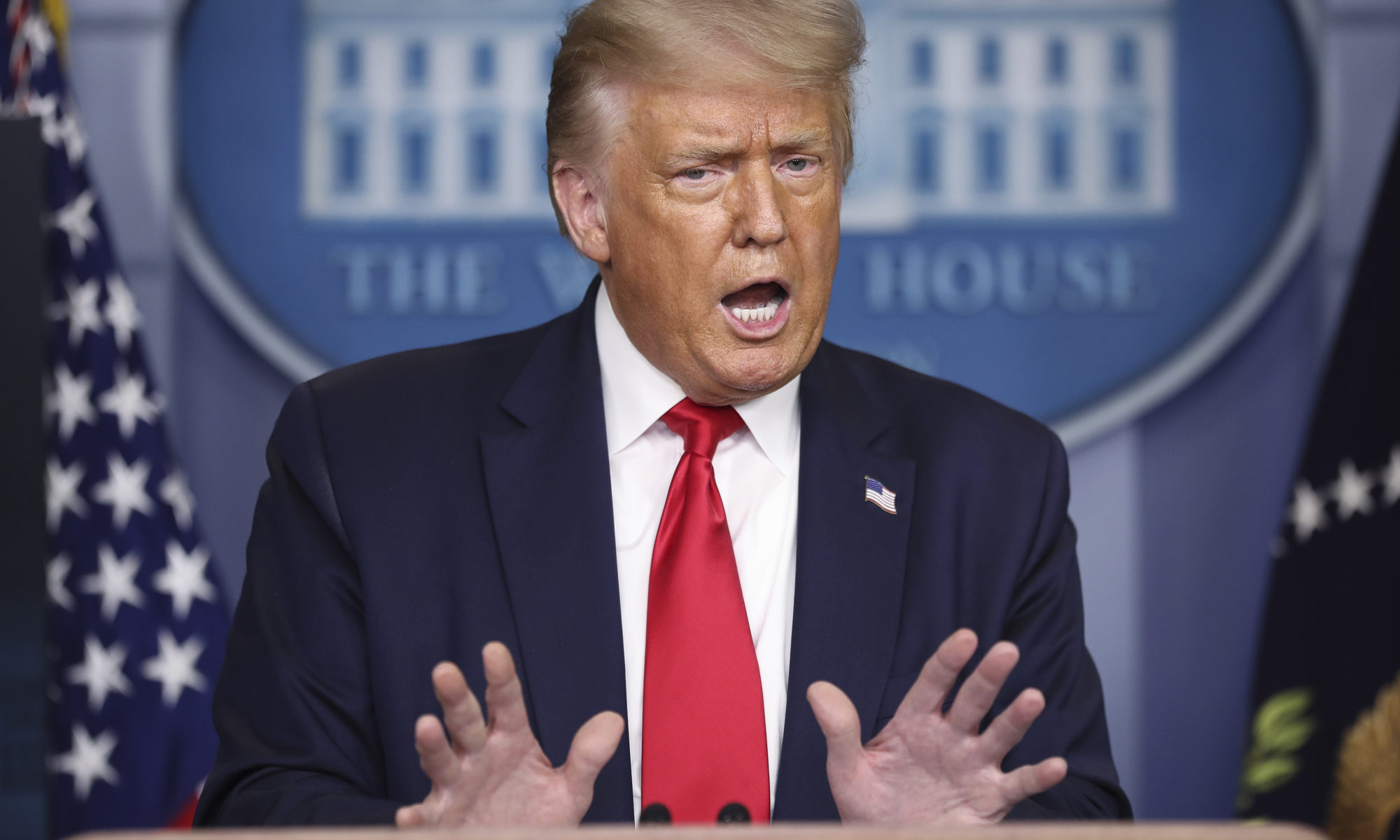 Trump Tells The American People That Hydroxychloroquine Won’t Hurt Them


Trump wrecked his virus briefing by telling the American people that Hydroxychloroquine won't hurt them and it works for treating coronavirus. 
A doctor who thinks alien DNA is used in medicine now says hydroxychloroquine is the cure for Covid-19. 
Frustrated with his low approval ratings, the president is once again leaning in to hydroxychloroquine as a COVID-19 treatment. From the Start, Federal Agents Demanded a Role in Suppressing Anti-Racism Protests


Twin government memos show how a gung-ho federal law enforcement response to anti-racism protests may have been driven by a shaky understanding of the demonstrations’ roots. Fact Check: How Violent Are the Portland Protests? 
A national teachers’ union said teachers may strike as a “last resort” if they don’t feel safe. Pilgrims to Mecca are finding a reconfigured hajj. 
Social media companies took down the video within hours. But by then, it had already been viewed tens of millions of times. 
House Democrats clashed Tuesday with Attorney General William Barr at a contentious hearing where they argued over the Justice Department's deployment of federal officers to cities and the use of force against protesters, Barr's intervention in the prosecution of two allies of President Donald Trump and numerous other issues. 
After retweeting a slew of misinformation about COVID-19, President Donald Trump held a press conference Tuesday on the coronavirus crisis. 
Fox News contributor Guy Benson suggested on "The Story" Tuesday that House Judiciary Committee Democrats should have brought a cardboard cutout of Attorney General William Barr to that day's hearing in lieu of the real thing. 
Instead of putting that funding toward the nation's failing coronavirus testing system, the money is essentially a handout to defense contractors. 
Testifying before the House Judiciary Committee, the attorney general also defended the deployment of federal officers in cities across the country. 
Attorney General William Barr appeared before the House Judiciary Committee Tuesday for the first time in his year-and-a-half long tenure.